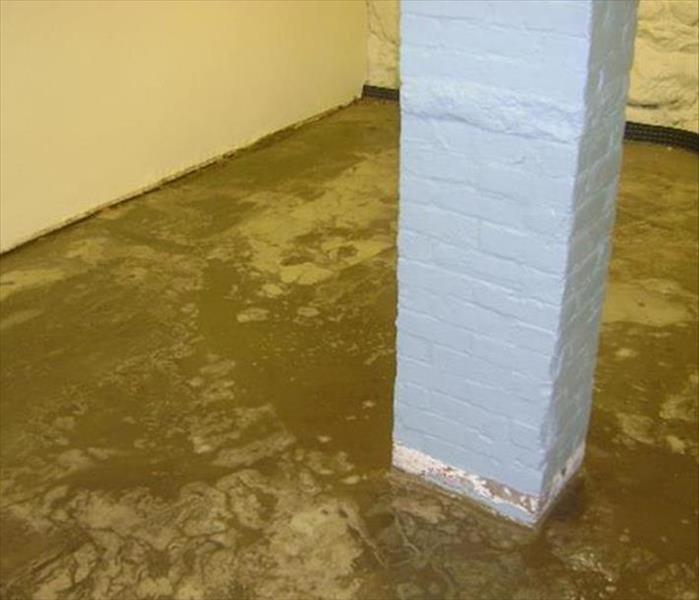 When a window well for a basement is not covered and left open, large volumes of muddy water can flow in during a flood. A basement in Long Island City suffered the consequences, and the Before Photo depicts the mud and silt left behind after the water was pumped out or soaked into the wallboards. SERVPRO can mitigate the damage with a controlled demolition to remove the wasted sheetrock even as shovels and squeegees clean up the concrete floor. By placing numerous axial fans, air movers, and dehumidifiers,  our skilled team can dry this lower level to its preloss condition. We do not leave until you are satisfied with the job, and that includes disinfecting the affected materials and building back in the finished basement, "Like it never even happened."

View More Before & After Photos